Before joining academics, Mr. Shekhawat has worked as a journalist for a decade in the leading National Newspapers like Dainik Bhaskar, Amar Ujala and Rashtriya Sahara. He has keen interest in business journalism and many of his articles on this subject have got published in newspapers and magazines. He has also served the Government of Rajasthan as Assistant Information and Public Relations Officer. His major area of research interest includes impact of digital revolution on Public Relations and Web Journalism. He has also participated in many national and international seminars and workshops. 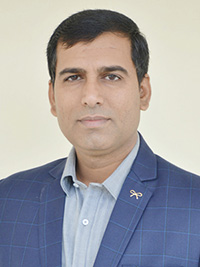