Shalini Joshi has done PG Diploma in Journalism from Indian Institute of Mass Communication, New Delhi. After the completion of this course she joined Zee TV (now ZEE News) as a reporter and an anchor. Later, she worked as a producer for BBC Hindi service. She worked in London also and was associated with BBC online service and its Hindi TV. Afterwards, she served as Uttarakhand in-charge of Aaj Tak Channel.

Before teaching at Haridev Joshi University and Rajasthan University, Ms. Shalini has also taught in the School of Communication of Doon University as visiting faculty.

She has written articles, features, travelogue and reports for various newspapers, magazines and websites. Her research articles have been published in many reputed media journals. She has participated in various media workshops and seminars and has delivered lectures as well. 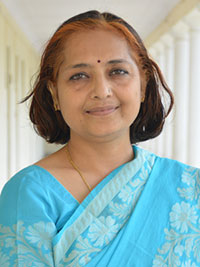