Nasiruddin has been working as a professional journalist for almost three decades. He has pursued a PG Diploma in Journalism from the Indian Institute of Mass Communication (IIMC), New Delhi and done his M.A. in Women’s Studies from Lucknow University. He also did a research based study on ‘Islam and Reproductive Rights’ at Al Azhar University, Egypt.

He started his career as a journalist with Rashtriya Sahara but gained most of his professional experience during his long stint with Hindustan'' daily. He was the Editorial Head of the newspaper in Agra. He was the Head, ‘Quality Control and Training’ and Editor, livelindustan.com in Delhi.

For past few years, he has been working independently. He has written for different media platforms including BBC Hindi, Prabhat Khabar, Navjeevan, National Herald, Hindustan, Nav Bharat Times, Catch News etc. Currently, he was associated with BBC’s series ‘Hamari Purkhin’ on remarkable, but lesser known, women of India. He has translated the autobiography of a renowned feminist lawyer Flavia Agnes into Hindi (‘Parvaaz'). He has written a series of four small books on gender. He did a study on “Challenging myths and misconceptions: Communicating Women rights in Islam".

Nasiruddin has keen interest in developing communication packages, designing posters and creating exhibitions based on documentary and archival research. He has conceived, researched and designed poster exhibitions on different subjects such as ideas of Gandhi ji, rights of Muslim Women, Women’s movement in Bihar and Cultural Movement in the country. 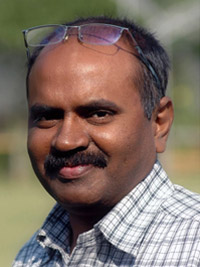